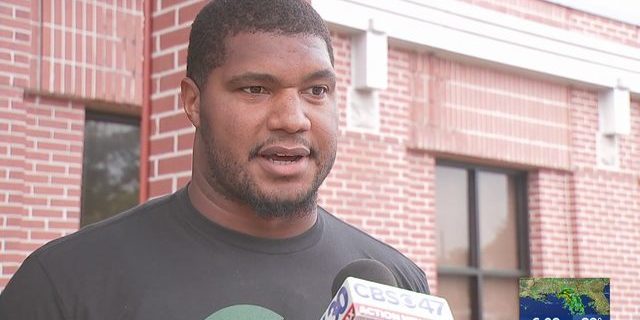 It comes after a deadly triple shooting Aug. 24 outside the stadium at Raines High School in Northwest Jacksonville, where a rivalry football game between the Lee High School Generals and the Raines Vikings had just ended.

“It’s not acceptable and we have to do something about it and this is just a part of the process,” Campbell said.

After the shooting, Campbell said he reached out to Mayor Lenny Curry about what he could do to help, and the mayor got him in touch with the Kids Hope Alliance, a recently-formed organization that oversees children’s programs in Jacksonville.

“What the mayor has asked us to do is really to lean heavily on feedback from the kids and to make sure we’re in touch with what they’re feeling and what their needs are,” said Joe Peppers, CEO of the Kids Hope Alliance.

Campbell said now is the time to have tough conversations with Raines students. The goal Tuesday evening was to listen to the students and figure out what actions need to be taken to make the school and community safer.

“I have a platform and I want to use it for good, especially in this community,” Campbell said. “There are a lot of kids out there who I know have good ideas and want to make a difference, and they’re the ones that have the ability to really do something. There’s a lot of power in the youth and I just want to talk to them and figure out how I can help. ”

At the forum, a small, select group of Raines High students shared their concerns about school safety. The students also drove discussions on how to prevent violence and increase opportunities for youth, success.

“I don’t know the exact answers to everything. I just know that everything starts with dialogue, communicating and getting on the same page and just helping the environments and really just being proactive in the community,” Campbell said. “I think the most important thing for any community is to establish guidelines on what you want and then figure out how to make that happen. Just, you have to have multiple conversations a lot of different times and create plans and just put them into action.”

Campbell said this is a personal effort, and he hopes to continue his connection with Raines and young people.

It was the first forum of its kind at Raines High School, but the Kids Hope Alliances hopes to have more forums discussing school safety at other area schools in the future.

Jaguars Honor Calais Campbell With A Day Of Service From Their Staff
February 21, 2020