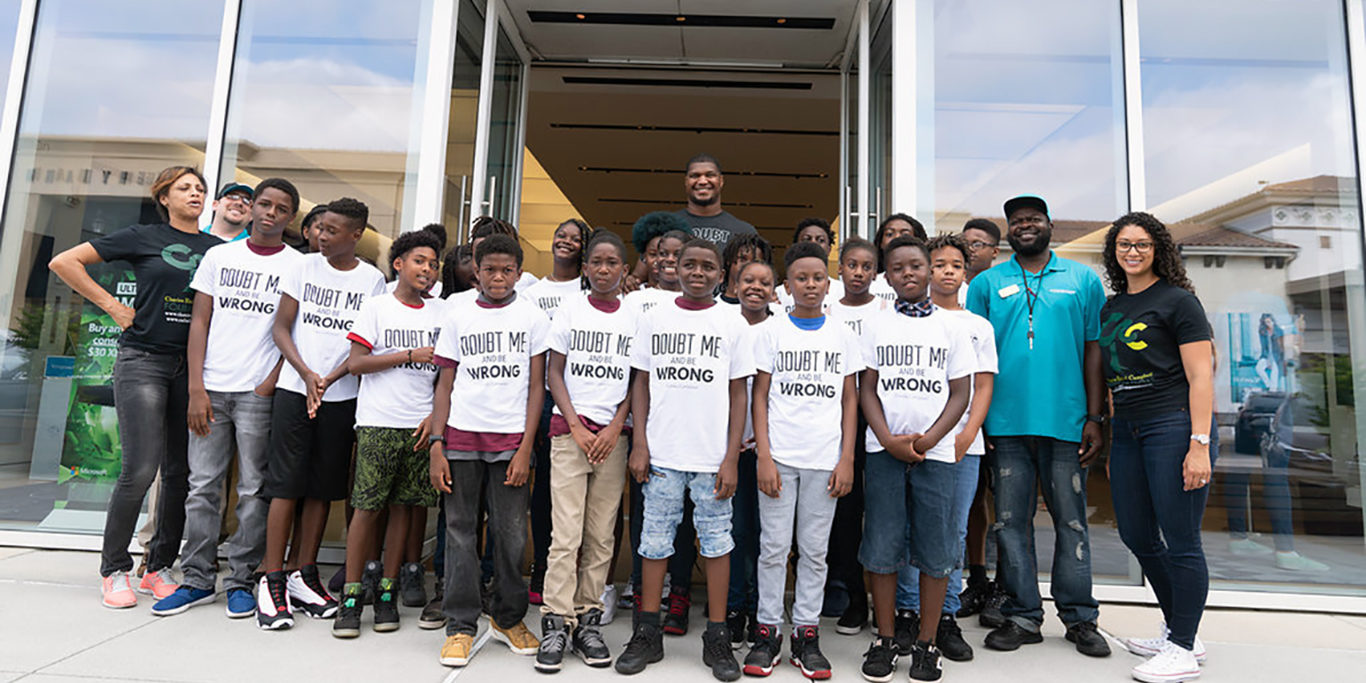 JACKSONVILLE, Fla. – With training camp right around the corner, you would think Jaguars veteran defensive lineman Calais Campbell would be either working out or getting one last weekend of relaxation in before the season starts.

He was doing neither of those Saturday morning. In fact, he was in front of a computer for most of the morning, but it was for a good cause.

Campbell, along with his CRC Foundation, hosted the first of hopefully many coding camps for kids ages 11 to 14 from the Boys and Girls Club of Northeast Florida. Campbell believes that computer literacy and technology is the wave of the future and kids need access to it.

“A lot of kids have a lot of talent that they don’t even know they have yet,” said Campbell inside the Microsoft store at the Town Center Saturday morning. “They have so much untapped talent, so I am just trying to let kids have the resources to learn about coding and things like that.”

The campers learned how to code a program to move a robot, how virtual reality works, and the work it takes by coders to make some of the games that they play. Campbell says that he got the idea for the camp from fellow Jaguars defensive lineman Mailk Jackson, who hosted a similar camp this past year. Campbell says that giving back to the next generation is the least that people in his position can do.

“I see a lot of kids with so much potential, I just want to help them reach it. It is a passion of mine, so being here and being an inspiration, or a mentor, giving them guidance, that is something that is important to me. I feel that it is my duty, so I try to do the best job I can for them,” said Campbell.

Among many of Campbell’s duties is to be ready for training camp coming up next week. He says that last year’s camp was one of the hardest he has ever been through and now he and the rest of the team know what to expect. It is those expectations that Campbell says make this year much different than the last.

“Expectations have definitely changed the way the game has been played. Honestly, we expect big things from ourselves and we are going to come into camp and work hard. It is right around the corner which feels good. You look forward to going to camp when you have a team as good as ours, so you can’t help but look forward to it,” said Campbell.