Calais Campbell: We Need to Make Sure Change Happens Now 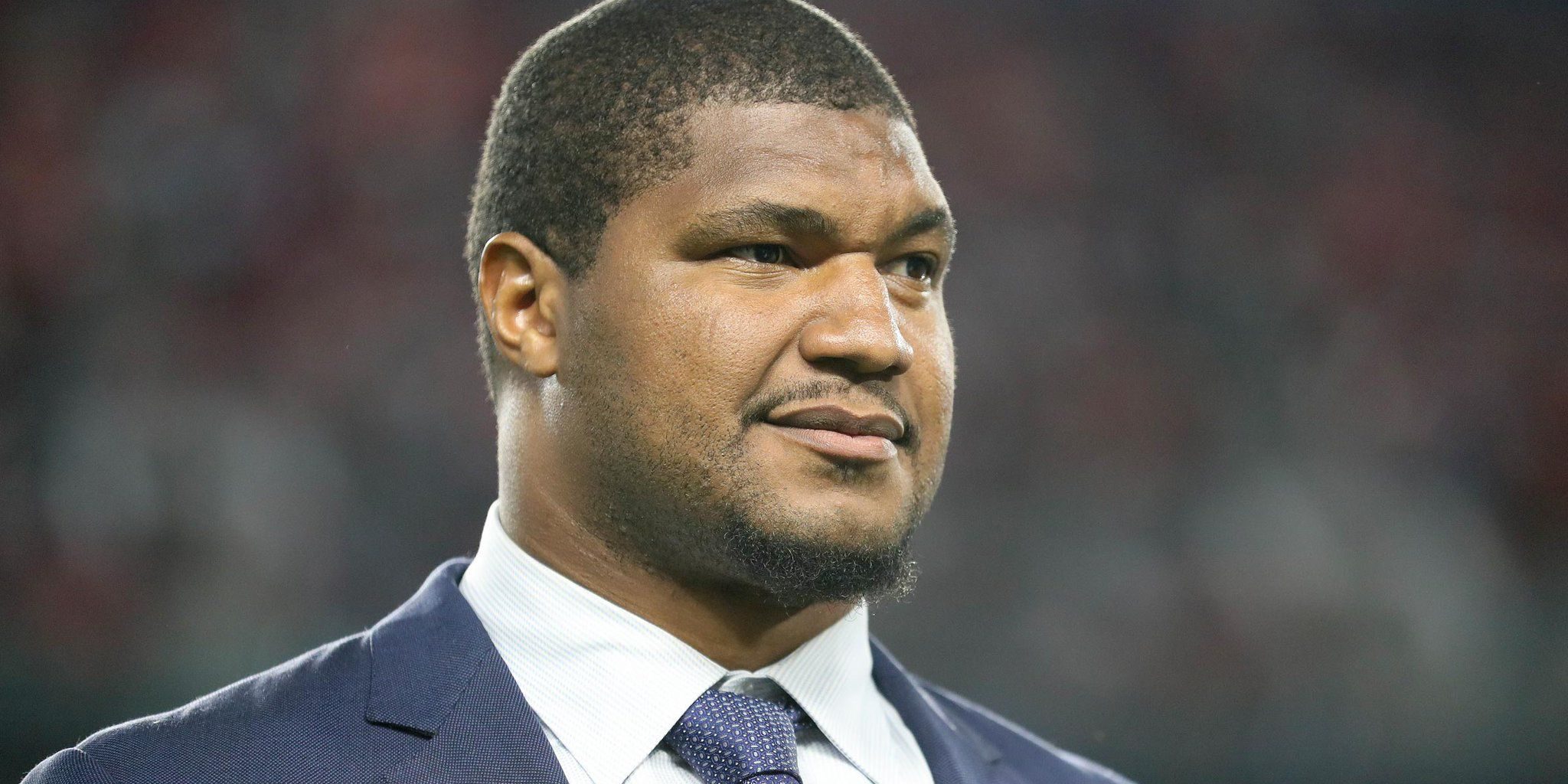 Racism, police brutality and social injustice are difficult opponents, but the momentum to tackle them is building.

Ravens defensive end Calais Campbell is a 12-year veteran, but it’s safe to say he has never witnessed an NFL week quite like the past seven days. Friday night, Commissioner Roger Goodell issued a statement saying the NFL was “wrong for not listening to NFL players earlier and encourage[d] all players to speak out and peacefully protest.”

We, the NFL, condemn racism and the systematic oppression of Black People. We, the NFL, admit we were wrong for not listening to NFL players earlier and encourage all to speak out and peacefully protest. We, the NFL, believe Black Lives Matter. #InspireChange pic.twitter.com/ENWQP8A0sv

Even before Goodell’s statement, Campbell sensed a shift in the social climate. As the reigning Walter Payton Man of the Year, Campbell has long been respected as a player who uses his platform to address issues. But George Floyd’s death has ignited a new call to eradicate problems that have plagued society, particularly black society, for generations.

“I’m happy to see that we’re having conversations about real issues that matter, trying to figure out how we can create some positive change,” Campbell said on Yahoo Sports’ “The Rush”. “This is the most momentum we’ve had, the most people speaking out, the most people interested in learning more, the most people who really want to create change. I feel like we really have to capitalize on this momentum. Quite honestly, things have been hard for black people in America from the first time we set foot here in America. It’s kind of always been that you don’t talk about it. The conversation didn’t really leave the black community too much.

“Now for the first time in awhile, I feel like the conversation is really out there in front of the whole world. We really need to make sure that change happens now. The NFL creates a huge platform. Yeah, we might ruffle some feathers along the way, but at the end of the day, the ultimate goal is worth it.”

I’ve had similar convos like this with my brother, @JaredQuay, behind closed doors. I am grateful we can finally have this convo publicly and know people will listen https://t.co/SsZvcBiKKo

Instead of focusing on football, Head Coach John Harbaugh opened the floor for discussion about Floyd’s death or whatever else was on players’ hearts and minds. Campbell appreciated Harbaugh’s willingness to create a forum to share their ideas and emotions.

“Coach Harbaugh called a whole meeting just so we could discuss what’s going on in the community right now and how we can make change,” Campbell said. “We decided we were going to create a committee to help end racism using our NFL platform. That’s a huge mountain. We’re climbing. We’re making a difference.”

Ravens players, coaches and employees participated Thursday in a moment of silence to honor Floyd that lasted eight minutes, 46 seconds. On Monday, Ravens Owner Steve Bisciotti made a statement and pledged $1 million through the Stephen and Renee Bisciotti Foundation toward “furthering social justice and invoking meaningful change.” A group of current and former Ravens will decide which organizations should receive proceeds.

After joining the Ravens this offseason in a trade with the Jacksonville Jaguars, Campbell said a top priority would be finding ways to make a difference in Baltimore. He started last month by making a $10,000 donation through his CRC foundation to provide laptops for Baltimore students who are particularly in need due to the pandemic.

Now Floyd’s death and the protests that followed have brought more of society’s problems into full view. Campbell’s eyes are wide open. He hopes the days since Floyd’s death will eventually lead to a better America for all.

“As a black man in America, we are taught at a young age that you could lose your life anytime you have interaction with a police officer,” Campbell said. “Because of the Police Athletic League and through sports, I’ve developed some incredible relationships with police officers. I have a very strong respect for the police force and the job they have to do. You really risk your life to go out there and protect and serve. But at the same time, that’s a responsibility that has to have the ultimate level of accountability. You can’t make mistakes with that kind of responsibility.

“It’s not just George Floyd. It happens so many times. There’s so many that get caught on camera. You should not be able to get 18 complaints against you and still have a job. The system failed us over and over again, year after year. It’s time for us to make that right.”