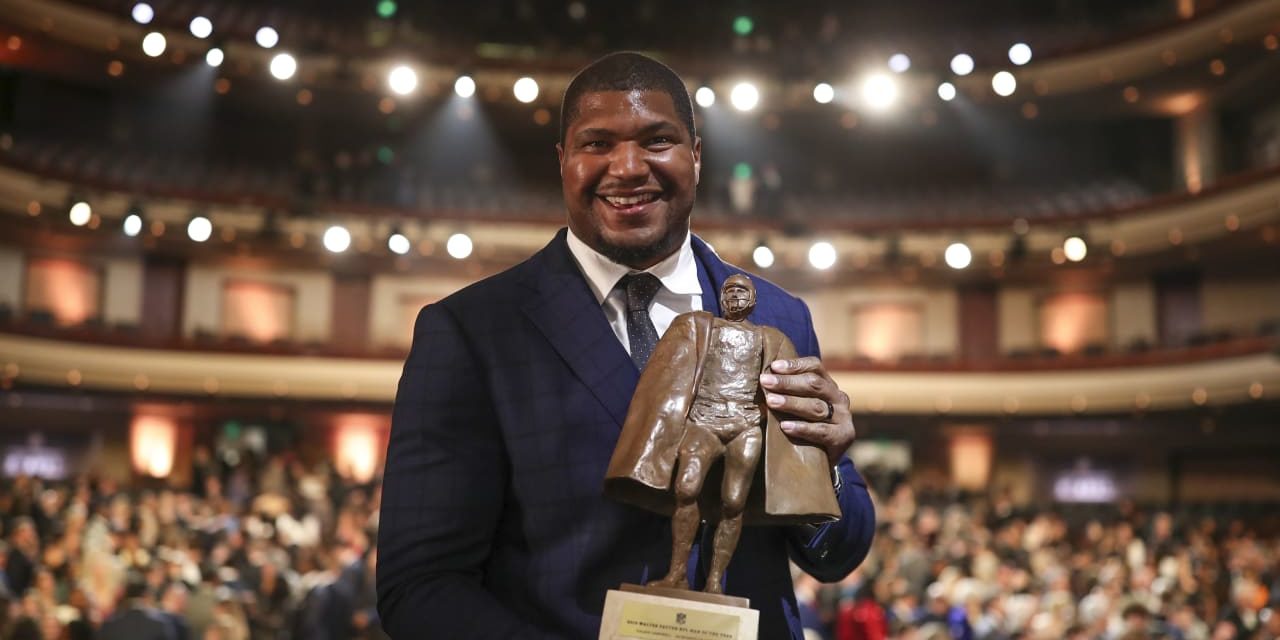 Jacksonville Jaguars defensive end Calais Campbell is a five-time Pro Bowl pass rusher, but now he can add one of the league’s most prestigious honors to his resume: Walter Payton NFL Man of the Year.

Campbell was named the 2019 NFL Man of the Year during Saturday’s NFL Honors award show in Miami. Campbell, alongside his mother and seven siblings, formed the CRC Foundation, named for his late father, Charles, in 2009 to enhance the community through the teaching of critical life skills to young people.

“My goal when I give back is to inspire people; to encourage people to believe that dreams are achievable if you put the work in,” Campbell said at NFL Honors. “Everybody, and I mean everybody, can give back. Wherever you are in your life, it doesn’t matter where you are in your life, but reach back and help someone. It’s our duty to help our neighbors. Even if you can only give five minutes to someone in need, give it to them. That one-on-one quality time, that little bit of extra time can make a world of difference. Those five minutes can change a life. Walter Payton spent time with my coach, which, in turn, ended up having a strong impact on me. Walter Payton strived to have an impact on the world; we should all strive to be more like Walter Payton.”

Since joining the Jaguars in 2017, Campbell has been a mainstay in the northeast Florida community. He has hosted two Christmas with Calais events, holiday shopping sprees for local children who have completed extra lessons in financial literacy, per the Jaguars official website. In June 2019, he hosted 250 children at the Calais Campbell JaxPAL Youth Football STEM Camp and Campbell continues his youth mentorship by making semi-weekly trips to Northwestern Middle School as part of his CRC Book Club. Campbell also has made appearances at schools working with Kids Hope Alliance to offer encouragement and discuss social justice.

Cambell had been nominated for Man of the Year two other times in his career (2011 and 2014 when he was with the Cardinals), and in 2018 he was the Bart Starr Award recipient (for exemplifying outstanding character and leadership in the home, on the field and in the community).

“Calais means so much more to the NFL than being a great player on the field each and every Sunday,” Jaguars head coach Doug Marrone said in December when Campbell was named Jacksonville’s nominee. “He embodies all the traits that make someone a consummate professional, and his passion and love for the game and everything it represents is why he’s a perfect candidate for the Walter Payton NFL Man of the Year Award. As a tenured veteran, Calais has made an impact everywhere he’s been during his football career, both inside the organizations he’s played for with his teammates, coaches and the staff, as well as in the community with his neighbors. With every second of free time, it seems like he’s always out in the city looking for a way to give back and make a difference. I’m honored to have had the privilege to coach a player and a man like Calais Campbell.”